A Linocut is a relief print that is produced like a woodcut but that uses lino as the surface from which the design is cut, carved as a template that is used for the printing

Making a Linocut basically your taking your design and using the negative space to paint the same picture over and over. It is a very easy and effective method to use. However, the main drawback is unless you make a number of different templates, you are stuck with one design and eventually the lino may become unusable.

There are two methods:

1) Single block. Here an initial cut pattern is printed for the whole (generally very limited) edition as first part of the required image, and then the same block is further cut and printed again, registered with the original first printing. This may be repeated a number of times. The final required image is therefore built up and the edition is limited to the number of prints made at the start and the subsequent cuttings, since a constituent part of the image is lost each time. Picasso is known for using this method.

2) Multi block. This is a more common technique, used by many artists. A separate block (commonly 3 to 5) is cut for the different colours in the required image and printed sequentially. A downside is that there has to be careful registration of the blocks at each stage and consideration of any colour upon a previously laid colour might change the overall effect. Another issue is that there might be some slight changes in colours, even within the same edition, due to differential inking effects. This can still occur in the Single block method but generally to a lesser extent. Proof checking is critical but some slight variation, even within the same edition, is acceptable and might be considered desirable by some people by getting an unique (ish) copy. A major benefit of Multi block is that many different colour versions of the same image can be made and account for all tastes.

The process for creating Silkscreen prints is similar to creating a stencil. Inks are forced through a mesh (called a silkscreen) onto a printed surface. This enables certain areas of the screen template to be impervious to the printing ink (AKA the stencil or masked effect). The ink that is able to pass through the screen forms the printed image on the artwork.

Giclee printing. Essentially the process is similar to inkjet printers for photographs but with one big difference…the type of inks used. Standard inkjet prints are made using dye-based inks. However, these do not come anywhere near the high quality required for Artist prints. The Giclee (pronounced “Glee say” or “Ge-clee”) technique uses pigment-based inks. By the nature of the process, specialist equipment is necessary.


Pigment-based inks used in Giclee prints are made from pigments originating from organic synthesis, these are then encapsulated with a type of synthetic resin and suspended in a liquid. The corresponding molecules are much larger than for the dye-based inks and this provides a far better finish of the standard expected of an Artist print. Giclée name is derived from the French verb “gicler” meaning to squirt, when adopting the giclee process the printer produces a fine spray of many different sized droplets. When sprayed (Squirted) the application of overlapping dots of ink mix together, forming additional color combinations. The inks applied to the print in this giclee printing process is so fine that there are no discernible dots or droplets on the final print.

High quality and rather heavy two-side coated printing paper with smooth surface. The reproduction of fine single and multi colour pictures (“art on paper”) requires a paper that has an even, well closed surface and a uniform ink absorption. A standard sheet from the size of Dougie prints is approximately 36 x 29 inches / approximately 91 x 74 cm. Image size will vary depending on the particular piece but there has been some standardisation in the later works,

The grammage varies from 100 to 230 g/m2.XXXXXXXXXXXXXXXXX These paper grades are triple coated with 20–40 g/m2/side and have matte or glossy finish. Higher qualities often contain cotton.

The choice of the frame for the prints can enhance the overall effect of the image and even contribute to it. Doug’s use of comic book style black lines within the image is also extended as a border to the entire image in some works. An impressive format to further enhance the effect, and that is recommended (although personal taste accepted, of course), is an proportionally sized, off white or pale cream coloured card mount and a approximately one inch wide simple black beading supporting the glass. The narrow printed black border and black frame complement each other and add to the aesthetic effect.

Paintings will normally really only need a simple beading as a frame to “tidy” and protect the edges. Colour and form of the beading will, again, depend on personal taste but the image content, and particularly the dominant colours towards the edges may well also influence choice – basically, the choice is whatever is aesthetically pleasing with the particular piece of work. Again, black often works well as a useful neutral option for the different (and later possibly differing) colour and decor schemes of where the work is hung.

Well hung. The Trollo Technique. A personally perfected technique for single handedly hanging Dougie sized paintings, when one can’t see or reach the hook on the wall – or even the wall very well. This involves putting a Trollo, end-on between the back of the painting and hanging cord to make the cord to stand out and allow it to catch the hook. The Trollo then just falls away once hung. The Trollo can be readily torn down to shorten it, as necessary, or two may be taped together to lengthen. High tension of the cord is not necessary and will not allow excessive pressure on the canvas.

To find the relevant definition of Trollo, it appears it is necessary to search “What is the cardboard tube in toilet paper called?” and refer to the site called Answers. This is because other sites just give the answer Core or Tube. Other references to Trollo found include being in a title of an advert for a semi circular shower cubicle and a Czech rolled cake – the latter, at least, has a similar appearance to a cardboard Trollo and suspect it tastes better!

All artwork is photographed prior to dispatch to ensure the best quality and to insure against accidental damage by 3rd parties during transportation. Prints will be sent rolled and in a secure tube.

This enables you to have the peace of mind that we want you to have a Doug Kemp painting or print as its very best quality and to take pride of place in your workspace or home.

DCW – Different colourways indicates the print has been reworked and although the overall design is the same, there are different colour versions available.

Limited Edition Vs Standard Edition What Is The Difference?

Limited edition prints are part of a numbered, limited run and are signed by the artist. Standard editions (unsigned) may be availabe in due course.

DCW – Different colourways indicates the print has been reworked and although the overall design is the same, there are different colour versions available. 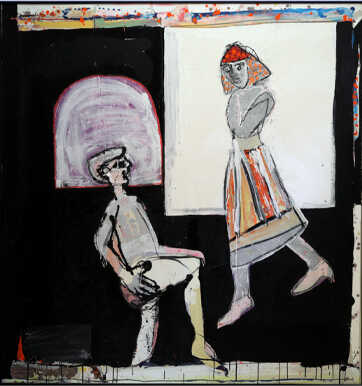 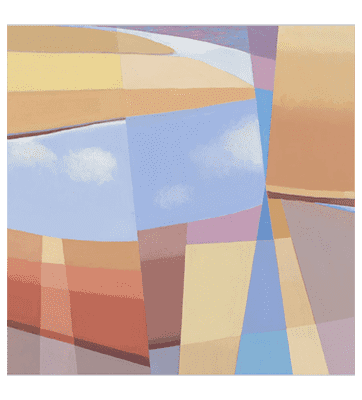 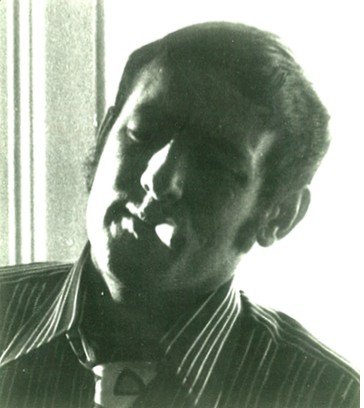